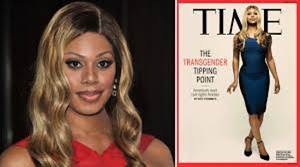 Last Friday night’s interview with Diane Sawyer was both humane and nuanced. Jenner was open, vulnerable, and even witty in some of his responses; Sawyer asked sensitive questions on the minds of many, from “are you a woman,” to “what is your sexual orientation now?” That last question is especially intriguing to me.

I’ve known and even worked with  various trans people for more than two decades; my first book editor was trans. A number of transgender people have been guest speakers in my graduate and undergraduate human sexuality classes. I recall one M to F trans speaker who, after her transition, identified as heterosexual. She had been married and fathered three children. When a student dared to ask “How did intercourse as a man compare to intercourse as a woman?”, the quick response was: “I’m orgasmic in both circumstances. But when I had intercourse with my wife, I used to imagine that I had the vagina and she had the penis.”

Appropriately on national television, Bruce Jenner was not asked personal details about his past sexual experiences with women. Regarding  future experiences he may have with women after transitioning, the more pertinent question will be not how he identifies his sexual orientation, but how satisfying the experiences are emotionally, physically, and spiritually.