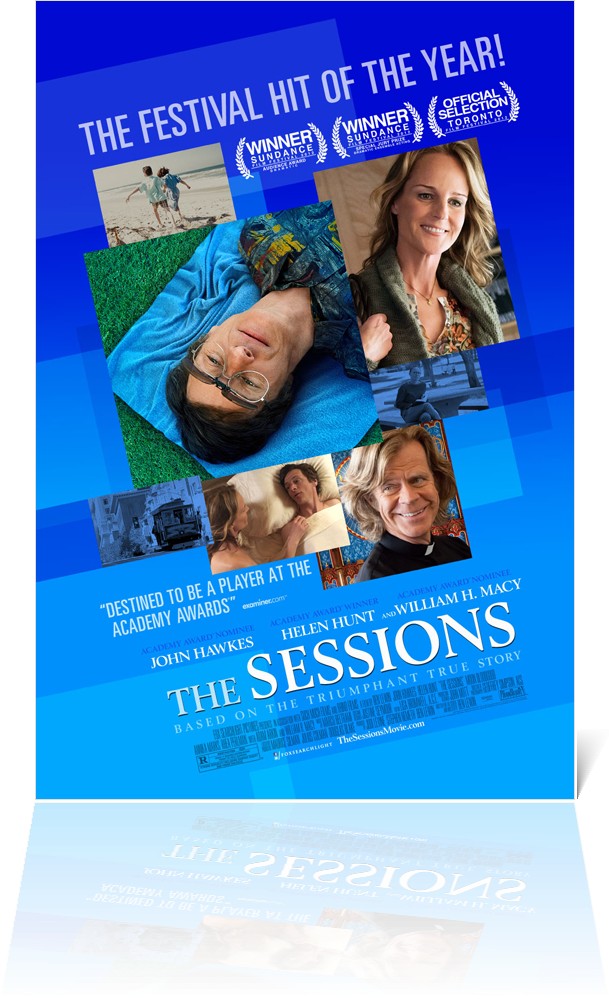 I just attended a preview of The Sessions, one of this year’s Sundance Film Festival hits that is bound to create buzz, controversy, and a few Academy Award nominations. Set in the mid-1980s and based on the true story of journalist/poet Mark O’Brien, it stars Helen Hunt and John Hawkes, with W.H. Macy in an engaging supporting role. What’s the deal?

Paralyzed from the neck down by childhood polio, the remarkably charming Mark (played by Hawkes), at 38 yearns for a romantic connection that includes sexual intimacy. After failed attempts to actualize this desire, he learns about the possibility of working with a “sex surrogate,” more commonly referred to as a surrogate partner in professional circles.

The story is touching, humorous, and explicit. As typically occurs in films that include sex therapy (think Hope Springs), the film mixes truth and fiction. For example, it is true that a limited number of AASECT Certified Sex Therapists (www.aasect.org), all of whom are required to also hold a state license as mental health professionals (psychologists, marriage and family therapists, clinical social workers, etc.) have worked with a surrogate partner in a team approach (therapist-surrogate-client) to resolving a client’s sexual difficulty. In real-life surrogate work, the client, as in the case of Mark, is not married or cohabiting, and the surrogate partner takes direction between sessions from the licensed mental health specialist. As accurately depicted in the film, the therapist overseeing the case is never present during surrogate-client sessions and never touches a client, ever. That is both unethical, and in some states, illegal.

The film departs from reality in Mark’s very first session with the surrogate partner (played by Hunt). She proclaims that she is not a prostitute by making the distinction that a prostitute wants business to continue indefinitely, whereas she doesn’t. She adds that she’ll be restricting her sessions with him to six. In actuality, although surrogate partner work is definitely time-limited, a therapist never directs the surrogate to announce a specific number of sessions in advance of their work together.

In a more extreme departure from verisimilitude designed to rev up the dramatic appeal, Hunt immediately strips—completely! In an actual initial session of a client and surrogate partner, neither would remove any clothing. Typically, the session would be a “getting to know each other” talking session. If any touching at all took place, it might range from a hand caress to a foot bath while fully clothed.

Of course, other controversial issues are paramount in this film. Although it’s not hard to argue how surrogate work significantly departs from prostitution in a variety of ways (most sessions are awareness focused or pleasure focused rather than performance focused, and the “john” is not calling the shots—pun intended ), the film evokes issues such as the basic Hippocratic Oath to “do no harm.” For example, what if the client falls in love with the surrogate and is devastated when the treatment ends? What if the surrogate transmits an STI to the client, or the reverse? Further, the film depicts surrogate behavior that departs from one of the ethical guidelines of IPSA (www.ipsa.org), the only surrogacy training program in the United States. It’s a guideline whose aim is to reduce the risk that the client (or the surrogate) will develop a long-term bond: no social contact outside therapeutic sessions. Concern about STIs is not addressed in the film; the use of condoms can significantly reduce transmission of various STIs, but does not rule them out entirely. Finally, the film does not illustrate another strict requirement of the team approach: Was the therapist regularly meeting independently with the client to help with the processing of sessions with the surrogate?

These and other important issues, such as the sexual rights of the disabled are bound to be in the forefront of discussion in the coming weeks. Adding to the pro-surrogate perspective is the upcoming memoir of Cheryl Cohen Greene, the actual surrogate partner who worked with Mark. Not a coincidence of course, and should add to a richer debate! If none of this matters to you and you are simply looking for a heart-warming, fascinating, and provocative film, you’re in for a treat!

A Spring of Hope 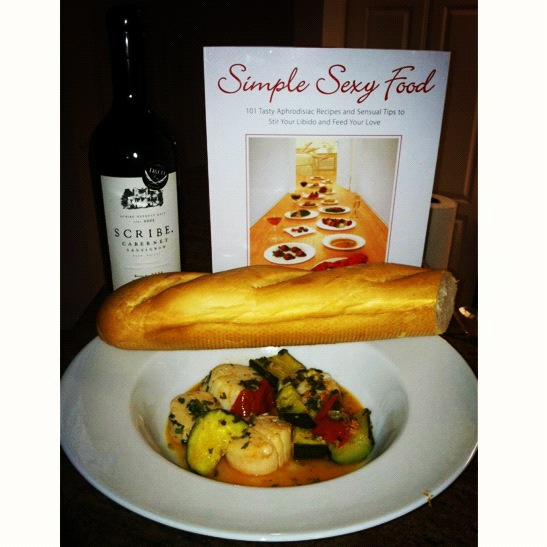 Seafood for the senses
Unwine’d with Chocolate