At The Taste of LA this past weekend I wore my erotic lenses while strolling through and visiting various vendors.  Plenty of aphrodisiac foods were on hand, from the French-inspired Pad Thai demo of Chef Ludo Lefebvre in which he substituted the usual noodles with sexy, sensuous strands of calamari, tasty garlic, and a nice amount of sriracha hot sauce. Similarly, the delectable spicy Thai Ceviche from Ayara Thai also featured fresh seafood, a mainstay of aphrodisiac meals. With its added avocado it had me salivating! I’m partial to ceviche from all parts of the world, from North American to far East Asia (check out my Kokoda recipe in Simple Sexy Food). Ayara Thai’s ceviche, despite its name, had a distinctly Middle Eastern accent. 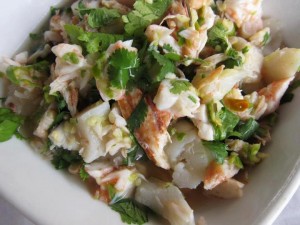 No tasting would be complete…without a taste! Of the many wine vendors present I was drawn to Ferrari Carano Vineyards, well known for its Fumé Blanc, but what really lit my fire was their delicious Cabernet Sauvignon. Who knew they had such a fab red wine! 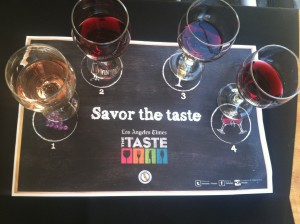 In the sweltering heat I couldn’t help but wonder how many couples strolling around indulging in all the aphrodisiac morsels might soon head home for a postprandial afternoon delight in the comfort of their air-conditioned boudoir. 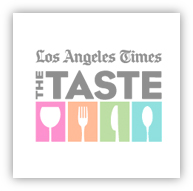 The Taste of Seduction

A Spring of Hope

Unwine'd with Chocolate
The Taste of Seduction

A Spring of Hope
Scroll to top